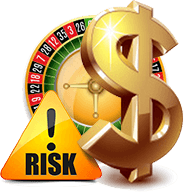 There's no surefire way to identify if someone you know has a gambling problem because the physical symptoms that accompany, say, drug or alcohol addiction are often absent. This is one of the reasons why some people are able to remain in denial about their problem for a long time. They really do believe that they can stop any time they want.

However, there are some signs that often materialize in those with gambling problems. If you're a frequent gamer yourself, or are worried about someone you know, you might want to keep an eye out for these 5 'symptoms':

Despite the fact that brushes with problem gambling are very common, there's still a stigma associated with addition. This is unhelpful in that acknowledging a problem is the first step to addressing it, but many deny they have a problem because they are ashamed.

However, there are a few ways to avoid falling victim to the problems associated with gambling addiction!

Ways to minimize the risk of problem gambling 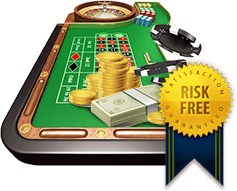 Although family history and gambling from an early age have been associated with an increased risk of problem gambling, there's no way to determine whether or not someone will develop an addiction to gambling. There are, however, some things that can be done to limit the harm caused by it:

The above can't guarantee that gambling will never become a problem, they can definitely help to reduce the risk. If you haven't started playing yet and you're already worried about problem gambling, that might be a sign to stay away from the online casinos. Better safe than sorry!