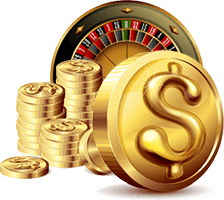 How sweet does it feel when you take the house for $100 on a roulette spin? Pretty good, we imagine.

But what does it feel like hitting the roulette tables and taking down thousands and thousands? Even sweeter.

Stories of big gambling losses are legendary, but perhaps stories of great roulette wins don't get reported so much. Let's alter that right now and list five of the biggest roulette wins of all time.

If you don't want to pay $150 to learn Mr Sambhi's secrets there are some other roulette systems that gamblers have tried with varying degrees of success. And we don't mind giving you the lowdown on the Martingale System, one of the most popular, for free.

The Martingale System works by doubling your bet every time you lose. Bet $10 and lose? Bet $20 the next time. Lose again? Bet $40. Win? go back to your original bet. Nice, simple, and ultimately flawed. But if you do win with it, you can send us $100.

In 2009, a British gambler called Balvinder Sambhi found himself on the wrong end of a countrywide casino ban by Grosvenor Casinos after winning £28,000 in just two months.

Sambhi claimed to have used a 'secret' roulette system he'd spent years perfecting, but his wins soon attracted the ire of his local casino.

After crushing the Birmingham Grosvenor casino for thousands of pounds, Mr. Sambhi's solicitor was sent a letter by the Rank Group - owners of the Grosvenor Casino chain - refusing to give a reason for his exclusion.

Sambhi went on to write a book - Sequential Roulette - in which he outlined his amazing system. At over $150 to buy it, however, you may prefer to try your luck at your local casino instead. 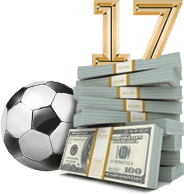 English Premier League football club Newcastle United have in their owner a man who knows what it's like to make a fortune out of not very much.

Mike Ashley - while not incurring the anger of the team's loyal fans - made his bones from a chain of sports equipment shops - but he also likes to go on gambling runs every now and then.

One day he walked into London's Fifty Casino - a now defunct casino that catered for high rollers - and slapped down a big bet on his favorite number (17) as well as Odd and Black to cover the outside bets. The number duly came up first time and Ashley scooped a $1.6 million pot. Not bad for a sneaky bet on your way to a meeting. 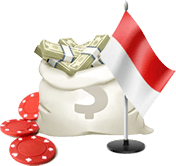 Several men have earned the moniker, 'The Man Who Broke the Bank at Monte Carlo' but Charlie Wells perhaps deserves it most.

In 1892, Englisman Wells went to Monte Carlo with a $4,000 bankroll and dreams of spinning it up to a life-changing multi-million dollar sum.

Betting up to 2,000 Francs a spin, he proceeded to bust the house on one table, but soon he was moving over to a second roulette table. Again, Wells took the house for everything they had. This continued on, with Wells hitting more and more numbers - even other gamblers crowded round to follow his choices.

Eventually, Wells had gambled his 4k into a pot worth hundreds of thousands of Francs. After subsequent visits, Wells had built his bankroll to several million - but the fun couldn't last. His "system" soon began to fail him (it in fact was simply the Martingale system, which requires you to double your stakes after every losing bet) and after he'd lost all of his roll - plus several thousand of his backers' - Wells was left penniless and serving five years in prison for fraud. He died in 1926 without a cent.

Accomplished gamblers will try to find the weakness in anything to turn to their advantage - punto banco cards that have slight marks on the back, slots with the best RTP percentages, dealers who don't keep the cards hidden - but when it comes to roulette, perhaps one man above all others deserves merit for hunting out faulty roulette wheels.

Richard Jarecki was a doctor who enjoyed a bit of roulette in his spare time. He made a small fortune in the 70s after discovering that some casinos had roulette wheels with certain flaws.

Jarecki scoured the casinos of San Remo and Monte Carlo to find these 'biased wheels' and bet on numbers that seemed to come up more often than others. After a particularly good streak, the good doctor found himself up over $1 million.

The Ballad of Billy Walters 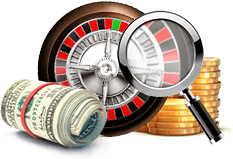 It's not just a lucky doctor who can clean up at the casinos on the 'wonky wheels'.

In the 1980s Billy Walters took the exploitation of biased wheels to a whole new level. In an echo of the MIT Blackjack teams, Walters employed an entire team of gamblers to help him hunt out casino wheels that carried defects. Then he hit the house for all they had.

Walters - a successful businessman - was already well-known in Atlantic City as a big-spending gambler, but it wasn't until he persuaded the Caesars Palace management to let him up the stakes that his plan took off.

Unknown to the Caesars bigwigs, Walters' team of spotters had found a biased wheel in the casino which seemed to favor five numbers. Walters duly bet everything he could on those numbers - at around $2,000-$10,000 a spin - and by the time he was finished, it was estimated he was up by around $3-4 million. The casino never knew what hit them.

Other Ways To Get Rich In A Casino:

Still want to get rich, but are not ready to trust the Devil's Wheel to get you there? that's OK, there are other ways to get rich in an online casino. And the best way is to play for progressive jackpots.

Progressive what? The progressive jackpot is unique to online slot games, and not all games feature them. A portion of all the bests on a specific slot, from all the players using the site, go towards a cumulative jackpot. As a result, these jackpots can often run into millions.

So if you are looking to buy a new house, and a Lamborghini to sit in the driveway, then progressive jackpots could be for you.